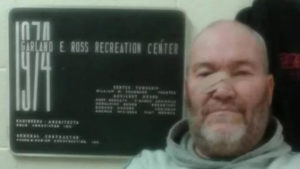 Bird: A Story of hope amidst the drug apocalypse

Sam Quinones’ excellent book, The Least Of Us, contains a moving vignette about a man named Mike Kissick, whom everybody called “Bird”. Bird’s story seems strangely out of place in the book, at first. Every other person you meet in the work is directly involved with drugs, with fentanyl and/or meth specifically. You meet users, dealers, kingpins, law enforcement people, family members dealing with a loved one in the throes of addiction, … and then there’s Bird. Bird’s seemingly just a simple man trying to make his way in the Avondale neighborhood of Muncie, Indiana, as that place is undergoing its wrenching changes of deindustrialization and the coming of the fetty and meth epidemics. Bird’s story happens with all that going on the background, but he’s stubbornly not a part of those happenings. I thought for a minute that the main reason that Sam put Bird in the book is that his story is so good, so remarkable, so touching, that how could Sam not include what he found? But then I soon came to realize that Bird’s story is central to message of the book, central to the problem of what to do about the onslaught of the drug epidemic that surrounds us. You don’t see it at first, you don’t see Bird coming.

Muncie, Indiana was once the capital of the world when it comes to transmissions for motor vehicles. Warner Gear company opened a major transmission factory there in 1901, followed later by Chevrolet. Engineering shops, tool-and-die shops, smaller companies and garages filled with diehard motorheads and tinkerers soon dotted the landscape. It was a place of can-do optimism, of achievement, of pride in the automotive craft. This is the Muncie of Bird’s youth, but slowly over time the deindustrialization trend reduced the town and sapped it of its vitality. Bird watched as the drugs and misery came, as they did everywhere to these hobbled industrial towns. Doctors began subscribing magic pills to ease pains, unknowing or uncaring that these magic pills also brought intense addictions. Folks began to move out of Muncie, renting their houses out cheap or abandoning them altogether. Some would blow up thanks to the “shake and bake” labs for folk-meth that encroached. Civic life was greatly reduced. People didn’t go out as much as they used to. Avondale became insular, and atrophied.

From his mid-twenties onward, Bird never left an eight-block radius of his house. When he was eighteen his dad had bought him a two-door ’55 Chevy as his first car, and to learn to drive. Bird drove it around the block a few times, parked it, got out, and never drove a car again the rest of his life. Before too long he refused to ever be a passenger in one, either. He found that he could get everywhere he wanted to be on foot or on his cherished Schwin bicycle, making his way as a neighborhood handyman. At some point Bird became the director of the city’s Garland E. Ross Recreation Center, right across the street from his house. This was the high-point of his career, these were Bird’s Salad Days and the happiest. But as city budgets reduced along with every other aspect of Muncie, the fateful day came when the city closed the Ross Rec Center along with several others. Bird cheated Fate, though. Bird secretly kept the keys.

the phoenix: guardian of normalcy!

Bird went on to clandestinely operate and maintain the Ross Rec Center without the city’s knowledge for the rest of his life. He proudly mantained and managed the property entirely on his own dime. Bird kept the basketball games going, both for the youth leagues and the adults ones. He kept the cherished euchre card games going for the elderly. He booked birthday parties and wedding ceremonies. Jackie Cooper, Bird’s girlfriend, recalls, “He made sure nobody done without. He sat right here [on his porch] and he watched it every day.” Drug dealing had begun on the neighborhood’s steetcorners, but Bird saw to it that his rec center was a safe haven. 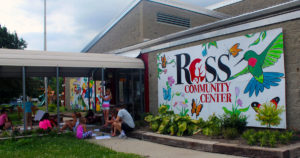 Before there was an Internet, Bird was “Avondale’s internet” as Sam Quinones describes him. He kept tabs on everyone with his watchful eye, and if anybody was in need he filled it if could or he found someone who could help. Here was this intensely locally-focused man who could not bring himself to leave his neighborhood. Over time, the eight-block radius that he allowed himself for travel kept shrinking, too. He, a bird who somehow bound himself to a small and shrinking patch of earth, was going to make sure that little realm was right.

the great gift of bird

Sadly Bird passed on October 9, 2017 of cancer. He touched everyone in his community in life. His life offers great lessons, of stewardship, of pastoral care even. Bird stood athwart the isolating and fragmenting effects of the drugs and despair ravaging his neighborhood. He insisted on normalcy, care and community — by hook or crook. I’m thankful that I encountered his remarkable story.

Get Sam’s book, btw! It’s worth every penny.